The year is 1976. I am 22 years old, just graduated and am now an official and genuine Graphic Designer! With a capital G and D, if you please.

My career plan was simple. Get a job at a reputed design agency, show them how it is done today and become a legend. Period.

So I accepted a position at Roch Design, a small run by Ernst Roch. While I knew this man was a monument of Canadian and international graphic design (the Sagmeister of his day), I felt I could show him what today’s design was all about. After all, I was the perfect example of the new generation of designers, with fresh ideas for tomorrow’s world. In my mind, a month should suffice.

Day 1. Excited at the prospect of working for this design legend, yet cocksure that this very God was about to be brought down a notch or two by my extraordinary talent and steadfast determination.

Or so I thought.

He must have seen right through me at the first hello of the initial interview. As I stood in front of this six-foot-three man, shaking his hand good morning and looking into those armor piercing blue-grey eyes, I had a sudden feeling that my strategy just may not work out quite as planned.

With his coat thrown over his shoulders as a cape and his very Eastern-European accent, he had the airs of a modern-day Georg von Trapp, totally and absolutely unshakeable. I was in his domain now and I felt the full force of this through that simple handshake.

But at $5 an hour for every hour worked, I would soon be rich and eventually have him fork for me.

As I sat at my desk, ready to tackle a new identity program for Exxon or an annual report for the National Ballet or something of that general stature, I was greeted by pads of lined paper and three perfectly sharpened HB pencils.

He gently instructed me to take the pencils and to begin drawing vertical lines that would precisely touch the top and bottom blue lines, be equidistant one from the other and be perfectly vertical.

What was going on here? From saving the design world to this? What happened? Had I missed something?  I was dumbstruck at that infantile request. Hell, I was a Dee-Zi-Gnor! Who did he think he was dealing with? Did he not know that my dad worked for the likes of Walter Gropius and Marcel Brauer and even negotiated with Picasso (all true, but another story altogether)!

Figuring he was paying me five dollars an hour regardless, I spent the next couple of days filling 4 or 5 pads of this lined paper with these (stupid) vertical sticks.

And when he finally told me that this was “ver güt”, he simply laid brand new pads and more perfectly sharpened HB pencils in front of me.

“You will now do the same exercise, but with diagonal lines going upwards towards the right. Not going beyond the blue horizontal lines, equidistant and perfectly straight” — God, I hated him!

The next couple of days were spent doing much of the same. Swearing under my breath, leering at him every time he was looking away and imagining myself pinning countless voodoo needles in obscure nether parts of his Germanic anatomy.

Once he felt that this too was “ver güt”, I didn’t dare dream that the torture was ended, for fear of another life-crushing disappointment. I was right, as I got new supplies and the task of doing the same, but with the diagonal lines pointing to the left this time — God, I abhorred him and his stupid accent!

So off I went, earning my five-dollar stipend for the next two days. Sixteen hours. Nine hundred and sixty minutes. Or roughly thirty five thousand of those pointless lines.

As he took the pads and looked over the sheets, I exhaled a smile of satisfaction, figuring that this painful period of my budding professional life was over. And that we could move on to doing real design.

Out came more pads, more pencils — by this time, I despised anyone with any kind of foreign accent — and then he told me to draw perfect, equidistant and absolutely round circles.

Smilingly, he gently placed his hand on my shoulder, guiding me to sit, and asked me to begin… and to mind the circles.

I was broken. My dreams of stardom and world fame forever crushed. I would never be the creative monument I was meant to be. Just a submissive sap whose achievement would be drawing lines on a jail cell wall for the next twenty years for killing him.

Lifeless, I did as he asked for the next few days, until I could draw circles the likes of which no one has ever drawn.

As this was a Friday, I left for the weekend, wondering if I should bother to live until Monday.

But Monday came. I remember it perfectly. At my desk. New pads, more HB pencils. My heart pounding right through my head, my mouth dry, my knees buckling, my entire face going catatonic.

And Ernst sitting by my desk, a welcoming smile of his face, greeting me as if we were life-long friends.

“Good morning, Pier. Please take your pencil and draw a vertical line. Güt, ver güt. Now attach a circle next to it, on its right. Good. Ver güt. Now do another vertical line, but extend it to make it touch the blue line above. Perfect. Attach a new circle to it. Excellent. Do the same once again, but with the vertical line descending instead. Excellent, just excellent. Pier, you have just drawn the letters a, b and p in what is the essence of the typeface Futura.

Now let’s try something else. Make a circle and inside it, draw a vertical oval. Pencil in the area between the two lines. Good. That is a Times Roman O. Now try two oblique lines and make an A, a M, a V, and a W. And so it went.

He returned to his desk and left me to continue my exploration. At the end of the day, I began seeing some sort of sense to all this, although I couldn’t quite define it yet. He then said I did great work these past few days and invited me to dinner that same night. I remember, he took me along with his daughter Ursula to the famed Montréal Greek restaurant Symposium. The man I so hated and abhorred the day before was finally not so bad. For a sadistic torturer. There was something in him, probably his stern and soft resolve, that made me want to stay close to this man. So complex and so simple at the same time. But I knew I was in front of a brillant being.

The torture of those past weeks taught me two important lessons: humility being the first and foremost. And to see, not just look. A lesson that I have applied for the past 40 years in everything I do. The fact is that when you see the components of any given thing, you understand how it was conceived and built. You can then unbuild it and make it into something else. Without ever distorting its very essence. And isn’t that the nature of what we do? In advertising, in design, in the arts, in engineering, in science, in chemistry, in cooking?

The lesson in this is to stop looking for the ready solution. We are a solutions-driven society while we should be a possibilities-driven one. We do not spend the needed time to analyze, understand, see and explore the many ways to a solution. We are in a constant “creative production” mode. An oxymoron if ever there was one.

We need to take the time to explore and understand the nature of things. Once we do, our mind will work it out and assist us in finding the best, most innovative and creative solution to any given problem. We must trust our mind to take us there. It’s the greatest adventure anyone of us can aspire to.

And whatever we do, we must do it with great humility. Because only humility allows us to let our own genius to come forth and shine.

In closing, should you be so fortunate as to meet your own Ernst, embrace him. The humiliation and the frustration. Embrace the rebirth you will experience for the rest of your life.

Ernst passed away in 2003 and there isn’t a week that goes by where I am not forever thankful for his mentorship and eventual kinship.

Today, after nearly 43 years working in the design and advertising industry, I have the privilege of passing on these and other lessons learned to a new generation of talented, driven and naïve creative would-be’s. And what an honour it is. Some lessons are juts timeless.

Merci Ernst. I miss you.

Below are some of the best-known works by Ernst. Note that the Canada/Québec poster and the locomotive stamps’ final artwork was all done by hand-painted and illustrated elements. He also did the illustration for Queen Elizabeth’s portrait. I remember seeing this incredible artwork at his office and saw him put the finishing touches on some of the locomotive illustrations. Craftsmanship at its very best. 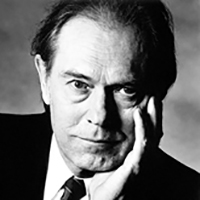 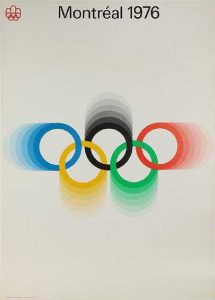 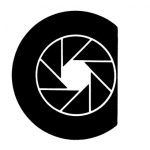 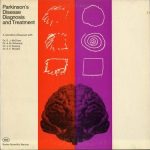 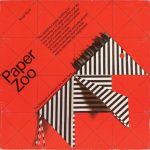 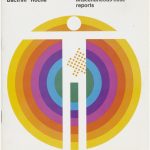 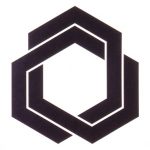 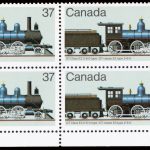 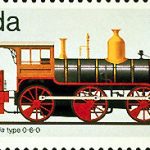 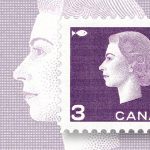